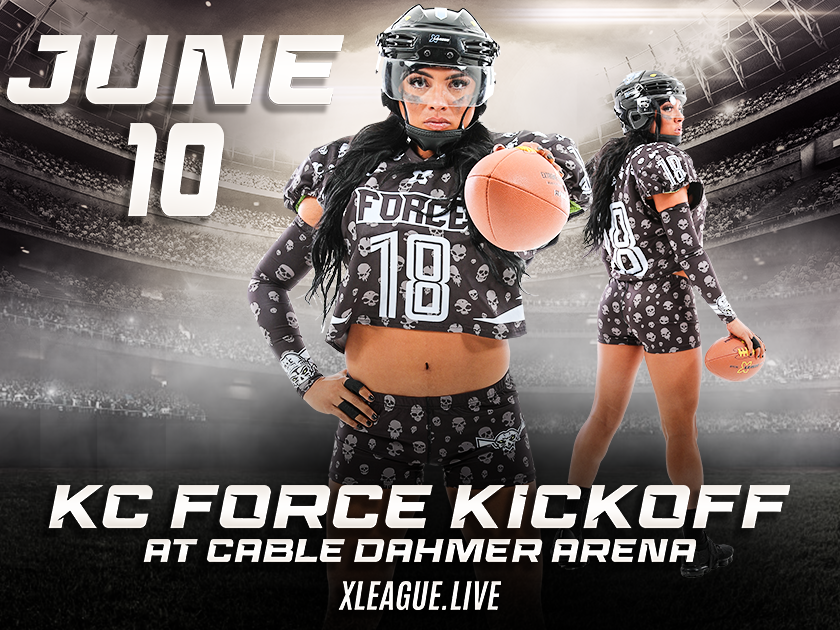 With only ONE HOME GAME in 2022 the game will SELL-OUT, get your tickets as they go on-sale nationally MARCH 15.

For more information on the X League or your Kansas City Force go to XLeague.LIVE